Airbus has invented and built many beautiful planes. Because of this we made separate pages for each Airbus aircraft type that we've photographed. Click one of the buttons to see the pictures! On this page you can also read some information about the Airbus Company. 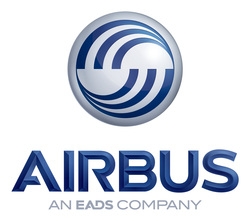 Airbus SAS is an aircraft manufacturing division of Airbus Group (formerly European Aeronautic Defence and Space Company). Based in Blagnac, France, a suburb of Toulouse with production and manufacturing facilities mainly in France, Germany, Spain and the United Kingdom, the company produced 626 airliners in 2013.

Airbus began as a consortium of aerospace manufacturers, Airbus Industry. Consolidation of European defence and aerospace companies in 1999 and 2000 allowed the establishment of a simplified joint stock company in 2001, owned by EADS (80%) and BAE Systems (20%). After a protracted sales process BAE sold its shareholding to EADS on 13 October 2006.

Airbus employs around 63,000 people at sixteen sites in four countries: France, Germany, Spain and the United Kingdom. Final assembly production is based at Toulouse, France; Hamburg, Germany; Seville, Spain; and, since 2009 as a joint-venture, Tianjin, China.Airbus has subsidiaries in the United States, Japan, China and India.
The company produces and markets the first commercially viable fly-by-wire airliner, the Airbus A320, and the world's largest passenger airliner, the A380. All the other commercial aircraft they produced are the A300, A310, A318, A319, A321, A330, A340 and the A350.