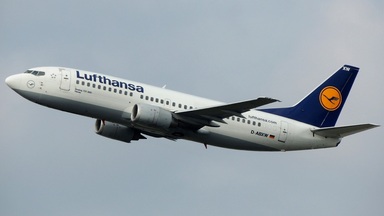 Deutsche Lufthansa AG, commonly known as Lufthansa, is the flag carrier of Germany and also the largest airline in Europe, both in terms of overall passengers carried and fleet size. It operates services to 18 domestic destinations and 197 international destinations in 78 countries across Africa, America, Asia, and Europe, using a fleet of more than 280 aircraft.

Besides the actual airline named Lufthansa, Deutsche Lufthansa AG is also the parent company for several other airlines and further aviation-related branches, among the most well-known are Swiss International Air Lines and Lufthansa Technik. With over 620 aircraft, it has one of the largest passenger airline fleets in the world when combined with its subsidiaries. In 2012, the entire Lufthansa Group carried over 103 million passengers.

Lufthansa's registered office and corporate headquarters are in Cologne. The main operations base, called Lufthansa Aviation Center (LAC), is located at Lufthansa's primary traffic hub at Frankfurt Airport. The majority of Lufthansa's pilots, ground staff, and flight attendants are based there. Lufthansa's secondary hub is Munich Airport with a third, considerably smaller one maintained at Düsseldorf Airport which transfers to Germanwings so Lufthansa only operate just around 10 destinations excluded seasonal which all has been transferred to Germanwings.
Lufthansa is also a founding member of Star Alliance, the world's largest airline alliance, formed in 1997.
Having been a state-owned enterprise until 1994, the majority of Lufthansa's shares are nowadays held by private investors (88.52%), as well as MGL Gesellschaft für Luftverkehrswerte (10.05%), Deutsche Postbank (1.03%), and Deutsche Bank (0.4%).
The name of the company is derived from Luft (the German word for "air"), and Hansa (a Latin term referring to the Hanseatic League). 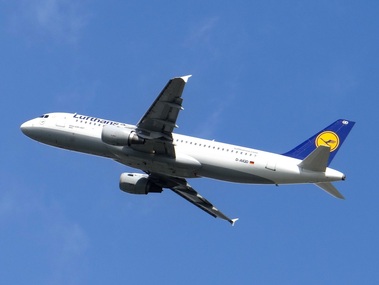 History
1950s: Post-war (re-)formation
Lufthansa traces its history back to 1926 when Deutsche Luft Hansa A.G. (from 1933 styled as Deutsche Lufthansa) was formed in Berlin, an airline that served as flag carrier of the country until 1945 when all services were suspended following the defeat of Germany in World War II. In an effort to create a new German national airline, a company called Aktiengesellschaft für Luftverkehrsbedarf (Luftag), was founded in Cologne on 6 January 1953, with a large number of its staff once having worked for the pre-war Lufthansa. At that time, West Germany had not been granted with the sovereignty over its airspace yet, so that it was unknown when the new airline could become operational. Nevertheless, in 1953 Luftag placed orders for four Convair CV-340 and four Lockheed L-1049 Super Constellation airliners and set up a maintenance base at Hamburg Airport. On 6 August 1954, Luftag acquired the name and logo from the liquidated Deutsche Lufthansa for DM 30,000, thus continuing the tradition of a German flag carrier of that name.

On 1 April 1955 Lufthansa was granted approval to launch scheduled domestic services, interlinking Hamburg, Düsseldorf, Frankfurt, Cologne, and Munich. International operations started on 15 May 1955, with flights to London, Paris, and Madrid, followed by services to New York City from 1 June of that year using Super Constellation aircraft, and on South Atlantic routes from August 1956.

Due to the special status of that city, Lufthansa was not allowed to operate flights to either part of Berlin until 1989. Originally thought to be only a temporary matter (and with firm intentions to move the airline's headquarters and main base there once the political situation would change), the Division of Germany turned out to be long-lasting, which gradually led to Frankfurt Airport being evolved into the major hub for Lufthansa instead.

East Germany attempted to establish its own airline in 1955 using the Lufthansa name, but this resulted in a legal dispute with West Germany, where the airline was already in operation. As a consequence, East Germany instead established Interflug as its national airline in 1963, which coincided with the East German Lufthansa being shut down.

1960s: Jetliner introduction
In 1958 Lufthansa ordered four Boeing 707s and started jet flights from Frankfurt to New York City in March 1960. Boeing 720Bs were later bought to back up the 707 fleet. In February 1961 Far East routes were extended beyond Bangkok, Thailand, to Hong Kong and Tokyo. Lagos, Nigeria and Johannesburg, South Africa were added in 1962.

Lufthansa introduced the Boeing 727 in 1964 and that May began the Polar route from Frankfurt to Tokyo. In February 1965 the company ordered twenty-one Boeing 737 medium-haul jets which went into service in 1968.

In 1987 Lufthansa, together with Air France, Iberia, and SAS, founded Amadeus, an IT company (also known as a GDS) that would enable travel agencies to sell the founders and other airlines' products from a single system.

Lufthansa adopted a new corporate identity in 1988. The fleet was given a new livery while cabins, city offices, and airport lounges were redesigned.

In 2000, Air One became a Lufthansa partner airline and nearly all Air One flights were code-shared with Lufthansa until Alitalia purchased Air One. Lufthansa has a good track record for posting profits, even in 2001, after 9/11, the airline suffered a significant loss in profits but still managed to stay 'in the black'. While many other airlines announced layoffs (typically 20% of their workforce), Lufthansa retained its current workforce.

On December 6, 2001, Lufthansa announced an order for 15 Airbus A380 superjumbos with 10 more options, which was confirmed on December 20. The A380 fleet will be used for long-haul flights from Frankfurt exclusively.

In June 2003, Lufthansa opened Terminal 2 at Munich's Franz Josef Strauß Airport to relieve its main hub, Frankfurt, which was suffering from capacity constraints. It is one of the first terminals in Europe partially owned by an airline.

In autumn 2003, the implementation of a new sales strategy initiated by then-incumbent Executive Vice President Thierry Antinori to make the company fit for the digital era led to the abolition of commission payments for travel agencies and led to a revolution in the German travel business with many travel agencies disappearing from the market on the one hand, and the rise of new digital distribution platforms on the other hand.

On May 17, 2004, Lufthansa became the launch customer for the Connexion by Boeing in-flight online connectivity service.
On March 22, 2005, SWISS was purchased by Lufthansa Airlines. The acquisition included the provision that the majority shareholders (the Swiss government and large Swiss companies) be offered payment if Lufthansa's share price outperforms an airline index during the years following the merger. The two companies will continue to be run separately.

On December 6, 2006, Lufthansa placed an order for 20 Boeing 747-8I airliners, becoming the launch customer of the type. The airline is also the second European airline to operate the Airbus A380 (after Air France). Their first A380 was delivered on May 19, 2010.
On September 15, 2008, Lufthansa Group announced its purchase of a stake in Brussels Airlines. In June 2009 the EU Commission granted regulatory approval for this strategic partnership between Brussels Airlines and Lufthansa. The decision paved the way for Lufthansa to acquire an initial 45% stake in SN Airholding SA/NV, the parent company of Brussels Airlines. Lufthansa has an option to purchase the remaining 55% of Brussels Airlines until 2014.

In September 2009, Lufthansa purchases Austrian Airlines with the approval of the European Commission.
On June 11, 2010, the Airbus A380 service was operated between Frankfurt and Tokyo.

2010s: Belt-tightening
After a loss of 381 million euros in the first quarter of 2010 and another 13 million loss in the year 2011 due to the economic recession and the cost of restructuring, Deutsche Lufthansa AG cut 3,500 administrative positions or around 20 percent of the clerical total of 16,800. In 2012 Lufthansa announced a restructuring program called SCORE to improve its operating profit. As a part of the restructuring plan the company started to transfer all short-haul flights outside its hubs in Frankfurt, Munich and Düsseldorf to the company’s re-branded low-cost carrier Germanwings.

Fleet
As of April 2014, the Lufthansa fleet consists of the following aircraft with an average age of 12.2 years: 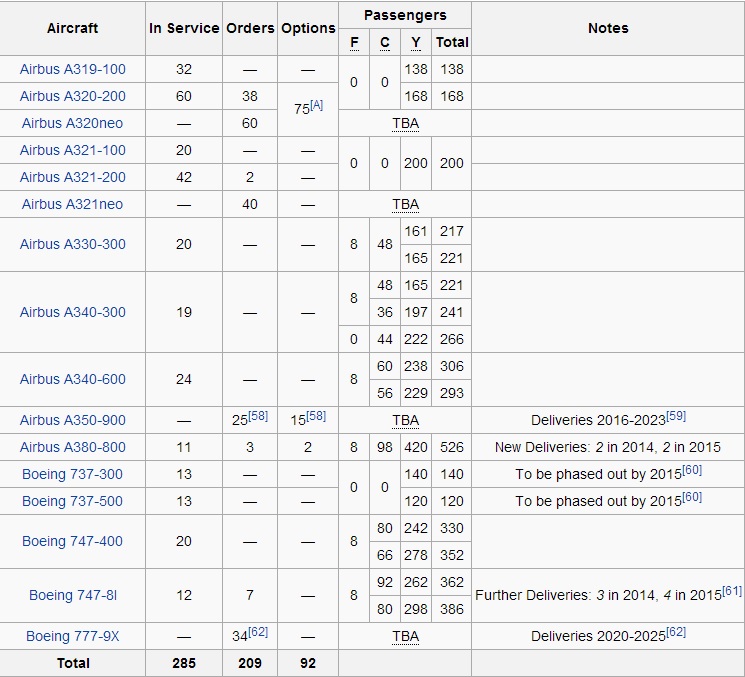