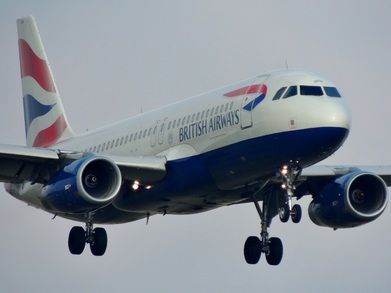 British Airways (BA) is the flag carrier airline of the United Kingdom and its largest airline based on fleet size, international flights and international destinations. When measured by passengers carried it is second-largest, behind easyJet. The airline is based in Waterside near its main hub at London Heathrow Airport.
A British Airways Board was established by the United Kingdom government in 1972 to manage the two nationalised airline corporations, British Overseas Airways Corporation and British European Airways, and two smaller, regional airlines, Cambrian Airways, from Cardiff, and Northeast Airlines, from Newcastle upon Tyne. On 31 March 1974, all four companies were merged to form British Airways. After almost 13 years as a state company, British Airways was privatised in February 1987 as part of a wider privatisation plan by the Conservative government. The carrier soon expanded with the acquisition of British Caledonian in 1987, followed by Dan-Air in 1992 and British Midland International in 2012.

British Airways is a founding member of the Oneworld airline alliance, along with American Airlines, Cathay Pacific, Qantas, and the now defunct Canadian Airlines. The alliance has since grown to become the third-largest, after SkyTeam and Star Alliance. British Airways merged with Iberia on 21 January 2011, formally creating the International Airlines Group (IAG), the world's third-largest airline group in terms of annual revenue and the second-largest in Europe. IAG is listed on the London Stock Exchange and in the FTSE 100 Index.

A long-time Boeing customer, British Airways ordered 59 Airbus A320 family aircraft in August 1998. In 2007, it purchased 12 Airbus A380s and 24 Boeing 787 Dreamliners, marking the start of its long-haul fleet replacement. The centrepiece of the airline's long-haul fleet is the Boeing 747-400; with 55 examples in the fleet, British Airways is the largest operator of this type in the world. 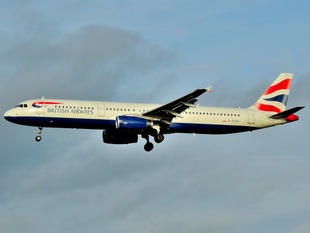 In January 1972 a British Airways Board was established by the UK government following the passing of the Civil Aviation Act 1971, to manage British Overseas Airways Corporation (BOAC) and British European Airways (BEA). On 1 September 1972 the management service functions of both BOAC and BEA were combined under the newly formed British Airways Group.

British Airways was established as an airline on 31 March 1974 by the dissolution of BOAC and BEA.
Following two years of fierce competition with British Caledonian, the second-largest airline in Britain at the time, the Government changed its aviation policy in 1976 so that the two carriers would no longer compete on long-haul routes.

British Airways and Air France operated the supersonic airliner Aerospatiale-BAC Concorde, and the world's first supersonic passenger service flew in January 1976 from London Heathrow to Bahrain. Services to the US began on 24 May 1976 with a flight to Washington Dulles airport, and flights to New York JFK airport followed on 22 September 1977. Service to Singapore was established in co-operation with Singapore Airlines as a continuation of the flight to Bahrain. Following the Air France Concorde crash in Paris and a slump in air travel following the 11 September attacks in New York in 2001, it was decided to cease Concorde operations in 2003 after 27 years of service. The final commercial Concorde flight was BA002 from New York JFK to London Heathrow on 24 October 2003.

In 1981 the airline was instructed to prepare for privatisation by the Conservative Thatcher government. Sir John King, later Lord King, was appointed chairman, charged with bringing the airline back into profitability. While many other large airlines struggled, King was credited with transforming British Airways into one of the most profitable air carriers in the world.[8] The flag carrier was privatised and was floated on the London Stock Exchange in February 1987. British Airways effected the takeover of Britain's "second" airline, British Caledonian, in July of that same year.

The formation of Richard Branson's Virgin Atlantic Airways in 1984 created a competitor for BA. The intense rivalry between British Airways and Virgin Atlantic culminated in the former being sued for libel in 1993, arising from claims and counter claims over a "dirty tricks" campaign against Virgin. This campaign included allegations of poaching Virgin Atlantic customers, tampering with private files belonging to Virgin and undermining Virgin's reputation in the City. As a result of the case BA management apologised "unreservedly", and the company agreed to pay £110,000 damages to Virgin, £500,000 to Branson personally and £3 million legal costs. Lord King stepped down as chairman in 1993 and was replaced by his deputy, Colin Marshall, while Bob Ayling took over as CEO. Virgin filed a separate action in the US that same year regarding BA's domination of the trans-Atlantic routes, but it was thrown out in 1999.

In 1992 British Airways expanded through the acquisition of the financially troubled Dan-Air, giving BA a much larger presence at Gatwick airport. British Asia Airways, a subsidiary based in Taiwan, was formed in March 1993 to operate between London and Taipei. That same month BA purchased a 25% stake in the Australian airline Qantas and, with the acquisition of Brymon Airways in May, formed British Airways Citiexpress (later BA Connect). In September 1998, British Airways, along with American Airlines, Cathay Pacific, Qantas, and Canadian Airlines, formed the Oneworld airline alliance. Oneworld began operations on 1 February 1999, and is the third largest airline alliance in the world, behind SkyTeam and Star Alliance.

Bob Ayling's leadership led to a cost savings of £750m and the establishment of a budget airline, Go, in 1998. The next year, however, British Airways reported an 84% drop in profits in its first quarter alone, its worst in seven years. In March 2000, Ayling was removed from his position and British Airways announced Rod Eddington as his successor. That year, British Airways and KLM conducted talks on a potential merger, reaching a decision in July to file an official merger plan with the European Commission. The plan fell through in September 2000. British Asia Airways ceased operations in 2001 after BA suspended flights to Taipei. Go was sold to its management and the private equity firm 3i in June 2001. Eddington would make further workforce cuts due to reduced demand following 11 September attacks in 2001, and BA sold its stake in Qantas in September 2004. In 2005 Willie Walsh, managing director of Aer Lingus and a former pilot, became the chief executive officer of British Airways. BA unveiled its new subsidiary OpenSkies in January 2008, taking advantage of the liberalisation of transatlantic traffic rights between Europe and the United States. OpenSkies flies non-stop from Paris to New York's JFK and Newark airports.

On July 2008 British Airways announced a merger plan with Iberia, another airline in the Oneworld alliance, wherein each airline would retain its original brand. The agreement was confirmed in April 2010, and in July the European Commission and US Department of Transport permitted the merger and began to co-ordinate transatlantic routes with American Airlines. On 6 October 2010 the alliance between British Airways, American Airlines and Iberia formally began operations. The alliance generates an estimated £230 million in annual cost-saving for BA, in addition to the £330 million which would be saved by the merge with Iberia. This merger was finalised on 21 January 2011, resulting in the International Airlines Group (IAG), the world's third-largest airline in terms of annual revenue and the second-largest airline group in Europe. Prior to merging, British Airways owned a 13.5% stake in Iberia, and thus received ownership of 55% of the combined International Airlines Group; Iberia's other shareholders received the remaining 45%. As a part of the merger, British Airways ceased trading independently on the London Stock Exchange after 23 years as a constituent of the FTSE 100 Index.

In September 2010 Willie Walsh, now CEO of IAG, announced that the group was considering acquiring other airlines and had drawn up a shortlist of twelve possible acquisitions. In November 2011 IAG announced an agreement in principle to purchase British Midland International from Lufthansa. A contract to purchase the airline was agreed the next month, and the sale was completed for £172.5 million on 30 March 2012. The airline established a new subsidiary based at London City Airport operating Airbus A318s.

British Airways was the official airline partner of the London 2012 Olympic Games. On 18 May 2012 it flew the Olympic flame from Athens International Airport to RNAS Culdrose while carrying various dignitaries, including Lord Sebastian Coe, Princess Anne, the Olympics minister Hugh Robertson and the London Mayor Boris Johnson, along with the footballer David Beckham.

Fleet
As of April 2014, the British Airways fleet is made up of the following registered aircraft: 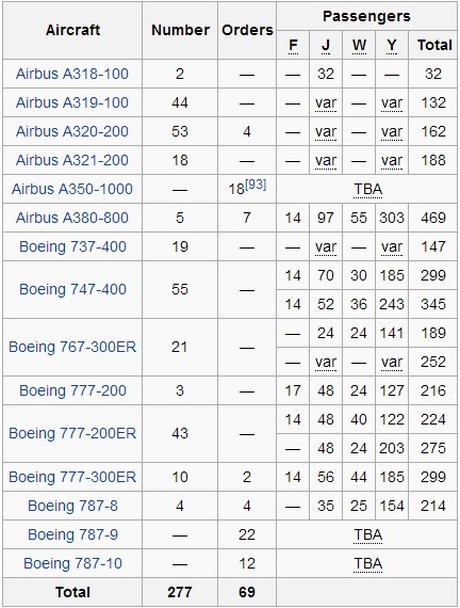