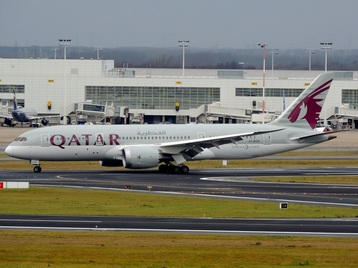 Qatar Airways Company Q.C.S.C., operating as Qatar Airways, is the state-owned flag carrier of Qatar. Headquartered in the Qatar Airways Tower in Doha, the airline operates a hub-and-spoke network, linking over 100 international destinations across Africa, Central Asia, Europe, Far East, South Asia, Middle East, North America, South America and Oceania from its base in Doha, using a fleet of more than 100 aircraft.

The airline has more than 30,000 staff, with 17,000 people employed directly and a further 13,000 in its subsidiaries. On October 8, 2012, CEO Akbar Al Baker announced that Qatar Airways would join the Oneworld alliance. The carrier became a full member just one year later on October 30, 2013. 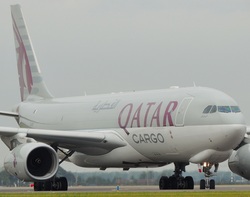 History
Qatar Airways was established on November 22, 1993. The airline started its operations on January 20, 1994, using a wet-leased Boeing 767-200ER from Kuwait Airways. It was originally owned privately by members of the royal family of Qatar. Then it was re-launched in 1997, under a new management team. Currently, the government of Qatar holds 50% stake in the airline with the rest held by private investors.

On February 3, 2009, the airline took delivery of its first Boeing 777-200LR.
On June 15, 2009, at the Paris Air Show, Qatar Airways ordered 20 Airbus A320 and 4 Airbus A321 aircraft worth $1.9bn.
On October 12, 2009, the company completed the world’s first commercial passenger flight powered by a fuel made from natural gas, and on December 1, 2009, Qatar Airways' first scheduled flight to Australia arrived in Melbourne.
On May 18, 2010, the airline put its first Boeing 777F (A7-BFA) into service, with a flight from Doha to Amsterdam. The aircraft had been delivered on May 14, 2010.
Qatar Airways is expanding. The airline has launched 22 new destinations since 2010, with nine more destinations announced: Ankara, Aleppo, Bangalore, Barcelona, Brussels, Bucharest, Budapest, Buenos Aires, Copenhagen, Hanoi, Montreal, Nice, Phuket, São Paulo, Shiraz, Kolkata, Medina, Oslo, Sofia, Stuttgart, Venice and Tokyo. Qatar Airways also expected to launch Baku, Tblisi, and Entebbe during 2011. These new routes will bring the number of destinations Qatar Airways serves from 85 to 110 worldwide.
In November 2011 at the Dubai Airshow, the airline announced an order of 55 Airbus planes: 50 A320neo and 5 A380, in addition to two Boeing 777 freighters. 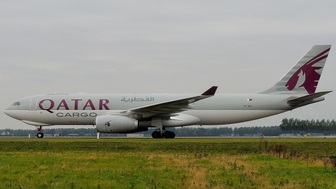 Cargo
Qatar Airways Cargo, the airlines freight branch, has ordered three Boeing 777F. The first Boeing 777F was delivered to the airline in on May 14, 2010, and has freight facilities able to handle 750,000 tonnes of cargo per annum during its first development phase. The Boeing 777F will be used primarily on Qatar Airways' Far East and European routes and will be supplemented by Airbus A300-600F freighters operating on regional routes feeding the airline's hub.

On August 18, 2010, the airline launched its first US dedicated cargo service from its hub in Doha to Chicago with a stop-over in Amsterdam, Netherlands using Boeing 777 freighter aircraft.

Qatar Airways Cargo is poised to replace its Airbus A300-600F freighters with new-build Airbus A330-200Fs after concluding a lease deal with BOC Aviation. The carrier is also negotiating a larger deal for either new or converted Airbus A330 freighters.

Natural gas to liquid fuel demonstration
On October 12, 2009, a Qatar Airways Airbus A340-600 conducted the world's first commercial passenger flight using a mixture of kerosene and synthetic Gas-to-liquids (GTL) fuel, produced from natural gas, on its flight from London's Gatwick Airport to Doha. The experiment's purpose was to demonstrate the viability of jet fuel made from a source not subject to rapidly fluctuating oil prices. In addition, positioning natural gas in particular as an alternative source of jet fuel is in the interests of the Qatari government; Qatar is the world's leading exporter of natural gas. However, some experts believe that GTL fuel is likely to remain a marginal choice due to an expensive production process.

Cabin crew
The airline has over 120 nationalities among its cabin crew.

Fleet
As of March 2014, the Qatar Airways fleet consists of the following aircraft with an average age of 5.1 years: 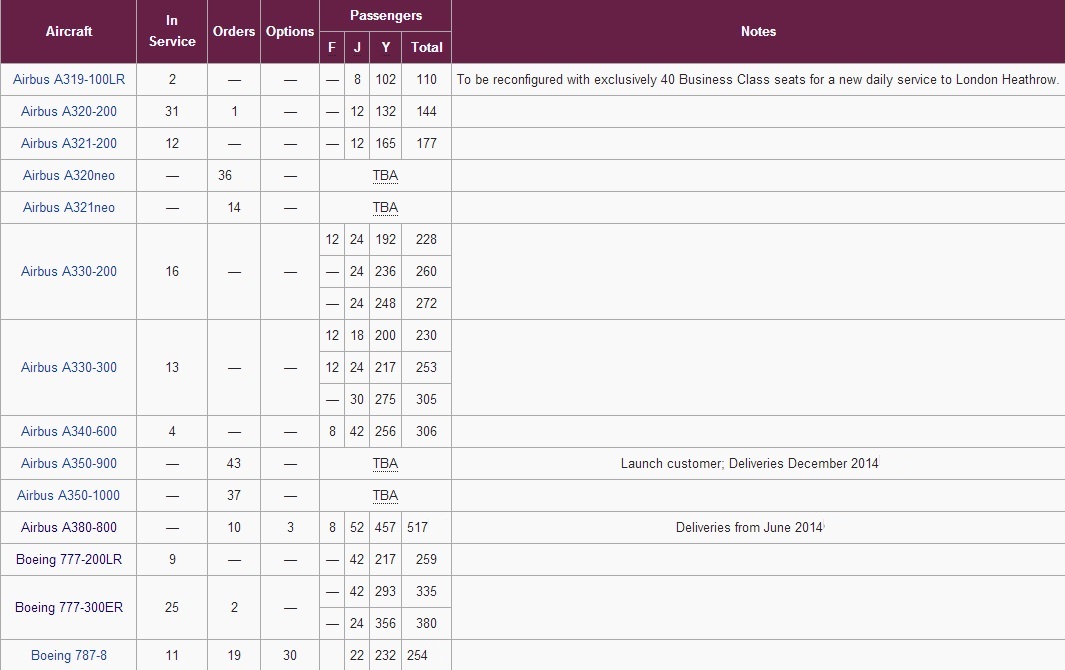