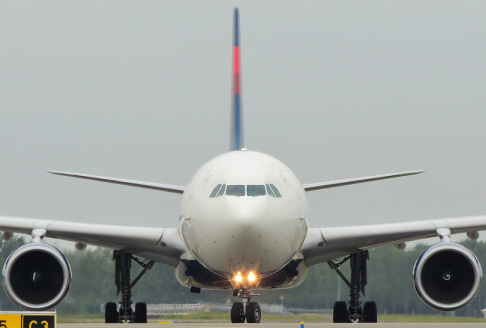 Delta Air Lines, Inc. is a major American airline, headquartered in Atlanta, Georgia. The airline operates an extensive domestic and international network serving six continents. Delta Air Lines and its subsidiaries operate over 5,000 flights every day and have approximately 80,000 employees. The airline's hub at Hartsfield-Jackson Atlanta International Airport is the world's busiest airport by passenger traffic (over 91 million passengers per year) and number of landings and takeoffs; it is also home to Delta's Technical Operations Center. Delta is the sixth-oldest operating airline by foundation date, and the oldest airline still operating in the United States. Delta Air Lines is one of the four founding members of the SkyTeam airline alliance, the other three being Korean Air, Air France, and Aeroméxico. The loyalty program for Delta Air Lines is SkyMiles.

Delta Air Lines was the world's largest airline in terms of fleet size in 2011 and scheduled passenger traffic in 2012, and the second-largest in terms of revenue passenger-kilometers flown in 2012. Regional service for the airline is served by Delta Connection. 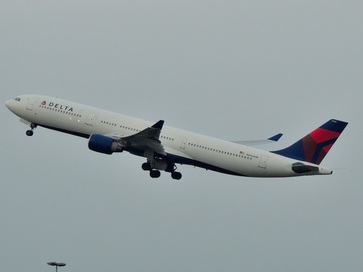 History
Delta Air Lines was created as Huff Daland Dusters, Incorporated, an aerial crop dusting operation, on May 30, 1924 in Macon, Georgia. Formed with a Huff-Daland Duster, the first true crop duster, the plane was deployed to combat the boll weevil in 1925. Delta Air Corporation owned the plane (now in the Southern Museum of Flight). The company moved to Monroe, Louisiana in 1925. Collett E. Woolman, one of the original directors, purchased the company on September 13, 1928, and renamed it Delta Air Service. It began carrying passengers in late 1929. The single passenger sat in a chair placed in the bin where the pesticide was usually kept. The first routes were between Southeastern states.


Delta grew through the addition of routes and the acquisition of other airlines. They replaced propeller planes with jets in the 1960s and entered international competition to Europe in the 1970s and across the Pacific in the 1980s. The logo of Delta Air Lines, originally unveiled in 1959, is reminiscent of the swept-wing design of the DC-8 airplanes. Often termed as the “widget” logo, the current version consists of two 3D triangles.

Predecessors
The current Delta Air Lines is the result of many airline mergers over a period of more than 80 years. The most recent merger was with Northwest Airlines on October 29, 2008 and at the time formed the world's largest airline. After approval of the merger, Northwest continued to operate as a wholly owned subsidiary of Delta until December 31, 2009 when both carriers' operating certificates were merged (the Delta certificate was kept). Delta completed the integration with Northwest on January 31, 2010 when their reservation systems and websites were combined, and the Northwest Airlines name and brand were officially retired.

Defunct Delta subsidiaries
Delta Express began service in October 1996 in an attempt by Delta to compete with low cost airlines on leisure-oriented routes. Its main base of operations was Orlando International Airport and it used Boeing 737–200 aircraft. It ceased operations in November 2003 after Song was established.
Song began service on April 15, 2003 as a single-class airline operated by Delta to compete directly with JetBlue Airways from both airlines' hub at New York-JFK. While the brand was considered a successful addition to the Northeast-to-Florida market, financially the airline suffered. On May 1, 2006, Song was folded into the Delta mainline brand. Song used Boeing 757 aircraft. 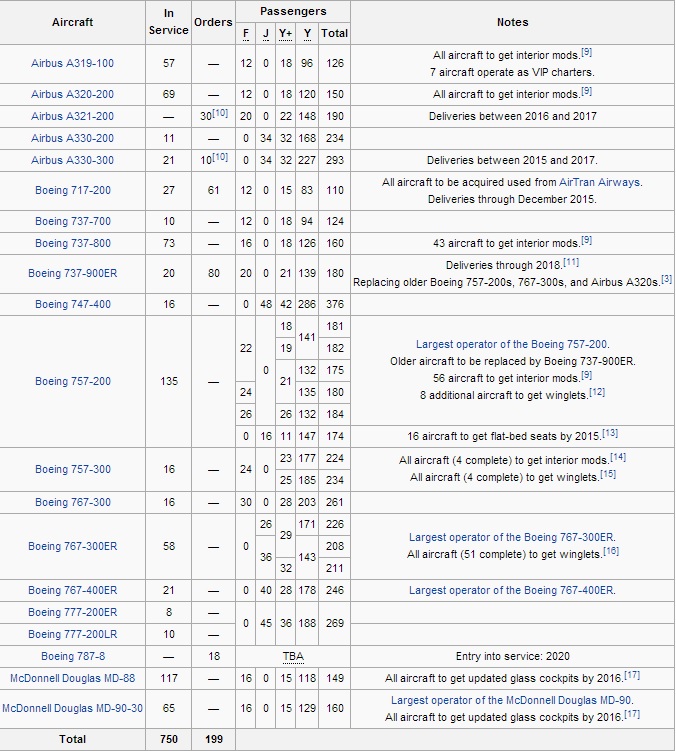